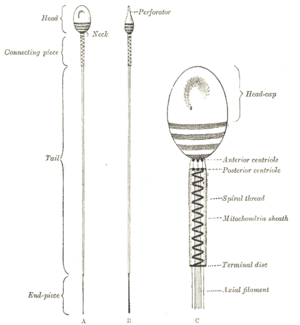 Steve has done 3 sperm tests (semen analyses) as recommended, just to be sure.  He can hardly believe it.  Can he really have a fertility problem?  All three tests indicate that he has a low sperm count.  Now he is wondering how to increase sperm count, a subject he never contemplated before.

He has always thought of himself as virile and invincible, but now that he wants to be a father he realizes he may need to rethink how he is living his life.

What does a semen analysis check for?

Because semen samples may vary from day to day, it is best to check 3 different samples within a 3 month period.   Do not assume that you have a problem, or not, with just one test.

The normal amount of semen (volume) per ejaculate is 2-6 milliliters (mL).  An abnormally low or high volume may cause fertility problems.  Do not be fooled by advertisements that make promises with volume enhancement.  If only it was so simple.

The number of sperm in the semen is the sperm count.  The average sperm count ranges from 20 million to more than 100 million sperm in each milliliter of semen.  Sperm count is considered low when below 20 million (latest sources say 15 million).  But a low sperm count does not necessarily mean that you cannot get a woman pregnant.  Men with sperm counts below 1 million have fathered children.  Though the rate does go down.

Quality of sperm includes the shape of the sperm (morphology) and their movement (motility).  More than 70% should have a normal shape.  Abnormal shapes include changes in both the head and tail of the sperm.  For sperm movement to be normal more than 60% should show forward motion.  If the sperm cannot swim properly through the woman’s cervical mucus, they cannot reach the egg to fertilize it.

Liquefaction time, pH of the semen, and presence of white blood cells are also checked in a semen analysis.

What really matters is whether the sperm that are there can fertilize the female partner’s eggs so she can get pregnant.   This is really a biochemical issue working at the molecular level.  A semen analysis does not give this information.  However, it is still the best place to start in assessing male fertility.

Can I use a sperm test kit at home?

Home sperm tests only check sperm count.  They can be a convenient place to start, and if the numbers are low (less than 20 million sperm per milliliter), provide motivation to make some of the changes discussed here.

How to Increase Sperm Count?

Good nutrition includes eating plenty of fat soluble vitamins, vitamin A, D, E and K2, and minerals.  The best food sources of these nutrients are listed below.  Specifically avoid soy (it may raise estrogen levels), white sugar and refined flour.

Manage stress levels in your life.  High stress is no fun.  One of the major consequences of chronic stress is that the hormones used for stress steal from the sex hormone pathways.  This leaves you depleted, and does not support the optimal function of your reproductive system, including sperm production.

Read the article titled “Can You Change Your Attitude?”

Exercise regularly.  This gives you an outlet to use some of those stress hormones that are inevitably created in our modern hectic lives.  This helps support the re-regulation of your endocrine system back to allowing reproduction to be a priority.  Exercise has many benefits.  Just do not overdo it, as extreme amounts can be stressful to your body.

Avoid tobacco and alcohol.  Both are associated with decreased sperm counts.  If you are using these substances on a daily basis you are most likely addicted.   Go out of your way to get whatever support you need to make this lifestyle change.  This may include special programs, or simply changing some of your friends and social activities.

Avoid drugs. Recreational drugs, as well as many over-the-counter and Rx drugs will decrease sperm counts.  Look them up, and discuss them with your physician.  Often there are alternatives, both other drugs or lifestyle changes that are just as effective.

Keep your testicles cool.   Avoid hot tubs, saunas, and long hot baths.  Avoid tight shorts or underwear. And do not use your laptop computer on your lap.  These things are all associated with lower sperm counts.

Sperm counts have been decreasing by 1-2% per year for several years.  Research shows a 40% decline in sperm count over the second half of the 20th century.  No single cause can be found.  Sperm production can be disrupted at many points, from the development of the male fetus in utero, alterations in hormone sensitivity, to the production of sperm in adulthood, and everything in between.  Different agents are likely to affect different parts of this complex chain of events that leads to the production of healthy sperm.

Do what you can by making changes in your life from the list above.  These things you mostly have control over.  These changes do make a difference, the difference between being a father or not.  Or simply getting there quicker.

To Your Vibrant Health!